Your Brain on Sugar

“When you put these rats in a nicer place with toys and company and other ways to occupy their time, they are less interested in sugar.” 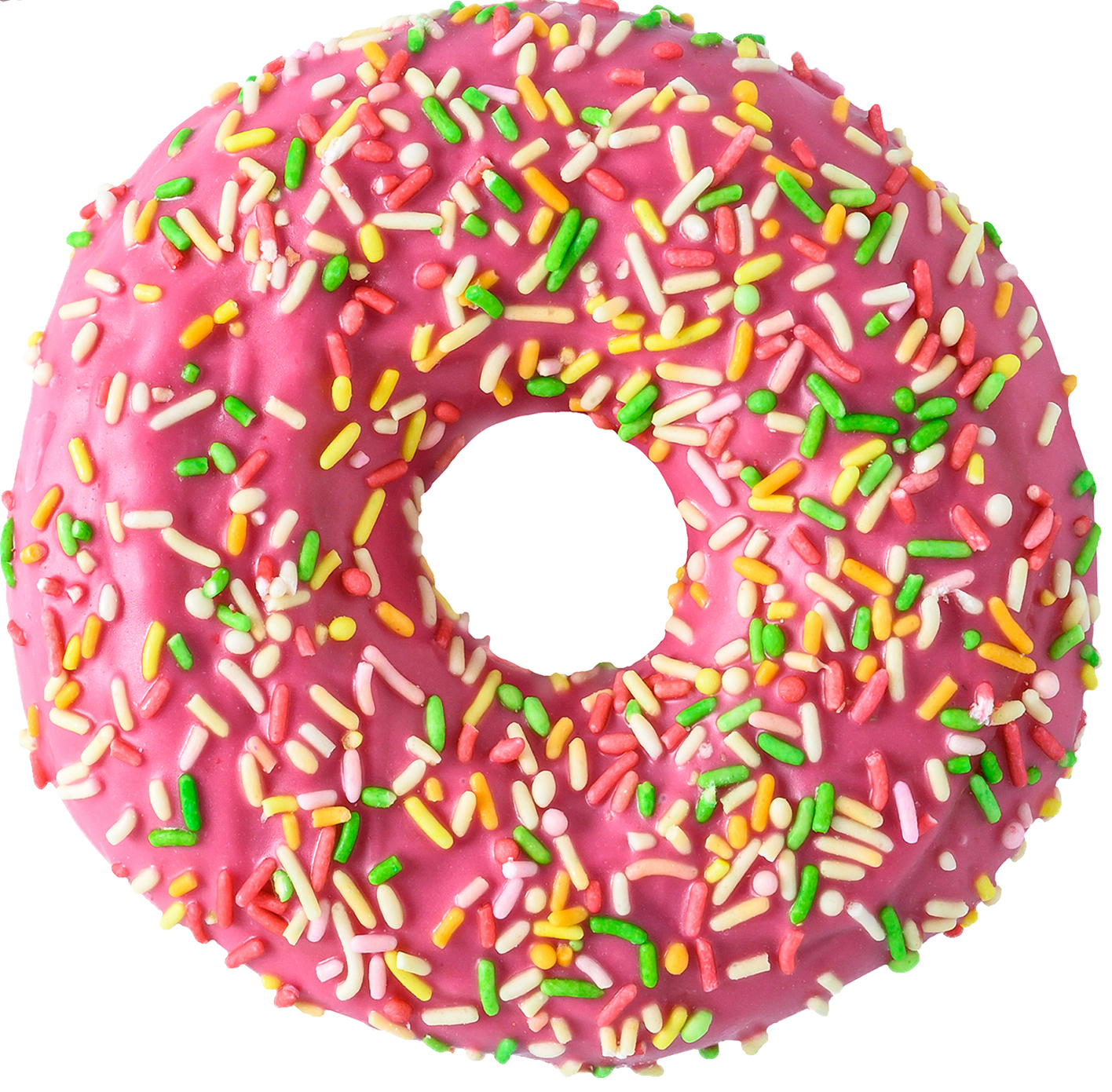 The muffin in the break room at work. The donut in the kitchen. The rack of candy and chocolate right there at arm’s length as we check out in the grocery store.

They all call out to us in clear, insistent tones that are hard to shake, and can trigger cravings that become almost irresistible.

We’ve all been there.

But cut yourself some slack: According to more than 20 years of research by Western Professor of Psychology Jeff Grimm, your interest in these confections isn’t simply the result of good marketing or product placement. Your brain is pushing you to feed a sugar habit you probably didn’t even know you had.

“Most people have no idea that sugar has addictive qualities. In fact, in some animal models such as the one we use, rats, respond for sugar-paired cues much the same as they do for cues paired with cocaine, methamphetamine or heroin,” Grimm says. “In other labs, it has been reported that rodents will actually choose sugar over access to cocaine or heroin. Our brains learn to covet sugar, and once given it, release the same chemical, dopamine, that is increased by most abused drugs.”

And dopamine is the key. It’s the neurotransmitter that compels us to repeat behaviors or continue consuming substances that our brain identifies as being rewarding. Dopamine is active in key brain circuits when we run, mountain bike, or, on the other side of the scale, take drugs of abuse like heroin and cocaine … or consume sugar. And once given a taste of that dopamine, our neurochemistry fuels a cycle of searching to satisfy those cravings.

America’s addiction to sugar is a serious health issue, and the impacts of processed sugars in our foods are legion. But what fuels Grimm’s research is using sugar to better understand how cravings and relapses work in the brains of those addicted to opiates and other drugs of abuse.

In the 20 years since he finished his postdoc at the National Institutes of Health and came to Western to teach, Grimm has pulled in almost $2 million in grant funding from the NIH to continue his research, which has evolved to focus on how relapses work. What triggers a relapse after a period of abstinence? What can be done to extend periods between relapses, and is there any difference between males and females in how often they relapse?

First, Grimm and his students set out to confirm an initial finding from his postdoc research: that rats increase responding for sugar-paired cues over weeks of abstinence similar to how rats respond for cocaine or heroin-paired cues. They also found that exposure to sugar-paired cues activated a protein called Fos in places in the brain similar to previous studies with cocaine.

“The results of these studies, along with findings from other laboratories around the world, support the theory that sugar and drugs of abuse affect similar brain pathways,” he says, building the case that how subjects react to cravings for sugar can be used as a model for how they would react in similar situations to their need for drugs of abuse.

The Biochemistry of Addiction

While there are certainly scores of addiction and cravings studies underway using human subjects, Grimm needs a different test group of subjects for his work: rats, specifically Long-Evans rats bred for work in labs.

“In both rats and in humans, reward-paired cues lead to activation of similar brain circuits, which makes rats perfect study partners for this work,” he says. The ethics and care of the rats in Grimm’s lab, like all animals involved in research at Western, are governed by federal guidelines with compliance monitored by Western’s Animal Care and Use Committee.

The rats make a daily visit to small chambers called operant boxes, where they are able to self-select to receive sucrose by pushing a lever for their sugary fix. For pharmacological studies, a control group of rats receives no intervention to diminish cravings, while another group receives a drug to inhibit relapses. Grimm’s lab has examined the “anti-relapse” effects of several drugs including drugs that target dopamine, opiate, serotonin, and glutamate receptors.

Environmental enrichment is a drug-free relapse prevention approach. Environmentally enriched rats live in extra-large cages (ferret cages, to be specific) stocked with dollar store cat toys and the friendly company of other rats. Compared to rats that live in regular housing, enriched rats show markedly reduced interest in both sugar or sugar-paired cues. This suggests that the enrichment experience decreases their craving for sugar.

“When you put these rats in a nicer place with toys and company and other ways to occupy their time, they are less interested in sugar,” Grimm says. “In some instances the enrichment effect is more robust than pharmacological treatments we have examined.”

This may not come as a surprise to humans who, during the long months of the pandemic, have been deprived of the company of friends and the enrichment of their choice and are pushing the sucrose delivery lever more often than they should. Grimm and his students are also just scratching the surface of the differences between males and females in cravings and addiction.

“What the baseline numbers tell us now is that there are differences for humans in the way the two sexes experience addiction,” Grimm says. “For example, we know that males are more likely to become addicted to alcohol and illicit drugs than females. And while the rate is lower in females, they tend to have more serious levels of addiction, including experiencing more frequent and intense craving. Getting into the how and why of these numbers is what we’re working on,” he says. So far the Grimm lab has found that female rats work much harder to receive sugar than males, and are also more reactive to sugar-paired cues.

While the rat model is useful for this research, Grimm points out that in terms of cognition, a rat is still a rat.

“It can’t tell us how it is feeling, or how likely it is to want to seek sucrose that day, or how much it likes its friends in the box with it,” Grimm says. “But what they do tell us is what we call ‘translational science.’ Their actions and behaviors have relevance and insight into the human condition. This kind of data can absolutely prove to be a valuable building block when looking at treatment for drug abuse and addiction, and it’s why this work remains so interesting.”

While Grimm’s research continues to resonate with his grant funders at the NIH, his work is also valued by other researchers in his field: In the last 20 years, his research and published papers have been cited more than 5,000 times by those working in addiction research across the world.

His impact could be even bigger with the almost 90 students who have worked in his lab since 2001: By his estimation, 11 of those students went on to earn doctorates, seven got master’s degrees, three are in medical school, three went on to become nurses, two are science teachers and one became an addiction counselor.

“I couldn’t do this work without them,” he says. Becca Marx, a behavioral neuroscience major from Juneau, Alaska, said she has always been very curious about why people behave and think the way they do, which eventually nudged her into both the major and into Grimm’s lab.

“I’ve learned an immense amount and gained hands-on experience that I wouldn’t get anywhere else,” she says. “It’s empowering to be doing real research that makes me feel like a scientist.”

After she graduates, Marx said she hopes to attend the University of British Columbia to pursue a doctorate and to work in the burgeoning field of emerging therapies using psychedelics to help treat post-traumatic stress disorder.

“Psychedelics, particularly psilocybin and LSD, have shown great promise for the treatment of addiction, which is a symptom of trauma. When a person is suffering from addiction, they are trying to regulate their nervous system. Just as the rats consume sucrose to get some happy brain chemicals, we too as humans consume excess sugar and other substances to get some more happy brain chemicals like dopamine and serotonin,” she says. “I love being part of research now as an undergraduate that directly connects to what I hope to be doing in the future.”

For his part, Grimm says he has settled into his niche at Western working on his research, mentoring the students in his lab, and teaching. “It’s a great fit for me,” he says.

But does he get tempted—like seeing that muffin in the break room at work—about working for a huge lab like the NIH again?

“I may get a little wistful sometimes, seeing their resources. But when I talk to my colleagues at big research universities or national labs like the NIH, they are always envious of what I have at Western,” he says. “The grass isn’t always greener.”

John Thompson is Western’s assistant director of the Office of University Communications and the editor of GAIA, the Online Journal of Research, Discovery and Scholarship at Western Washington University. His favorite sucrose delivery method involves jelly donuts. 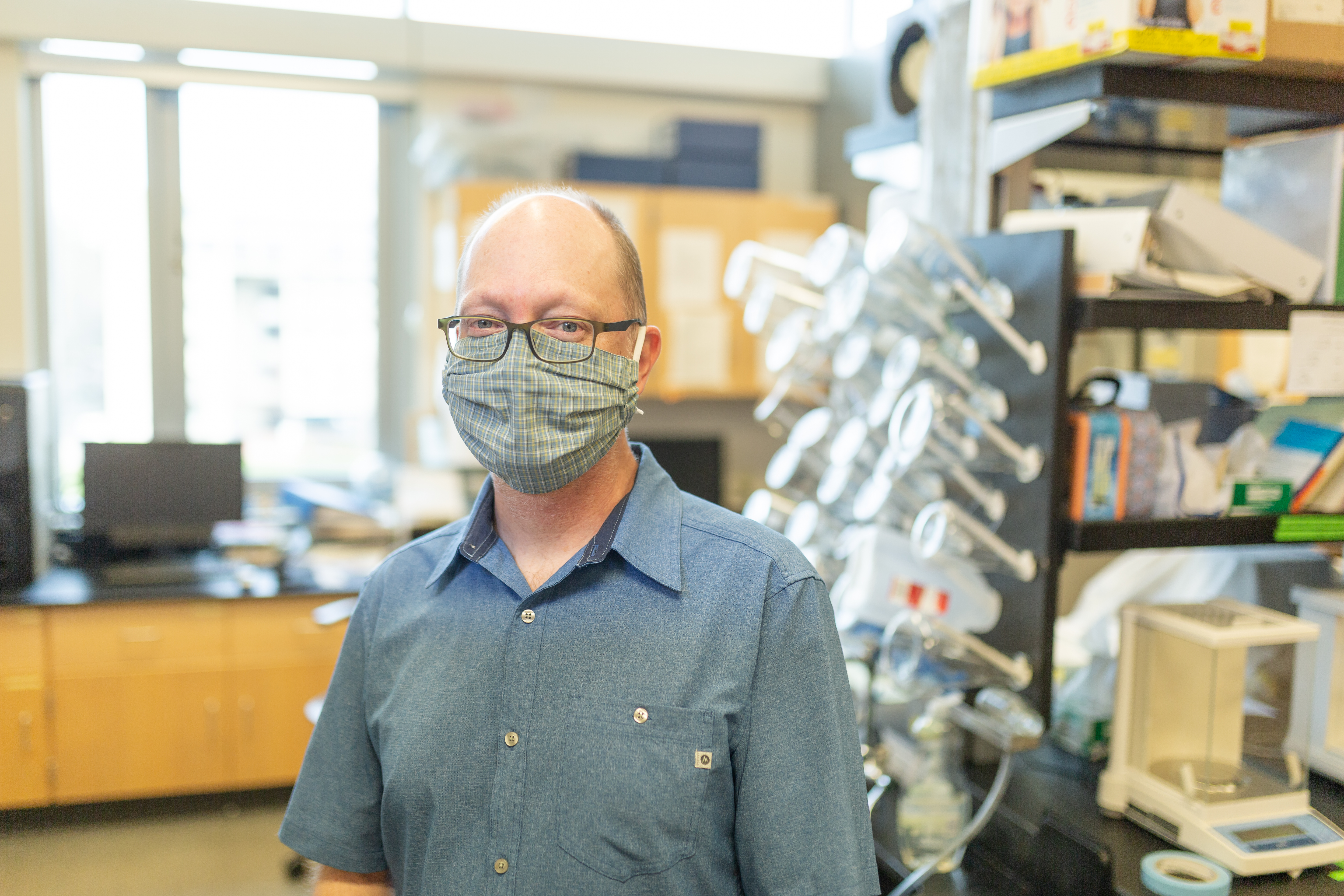 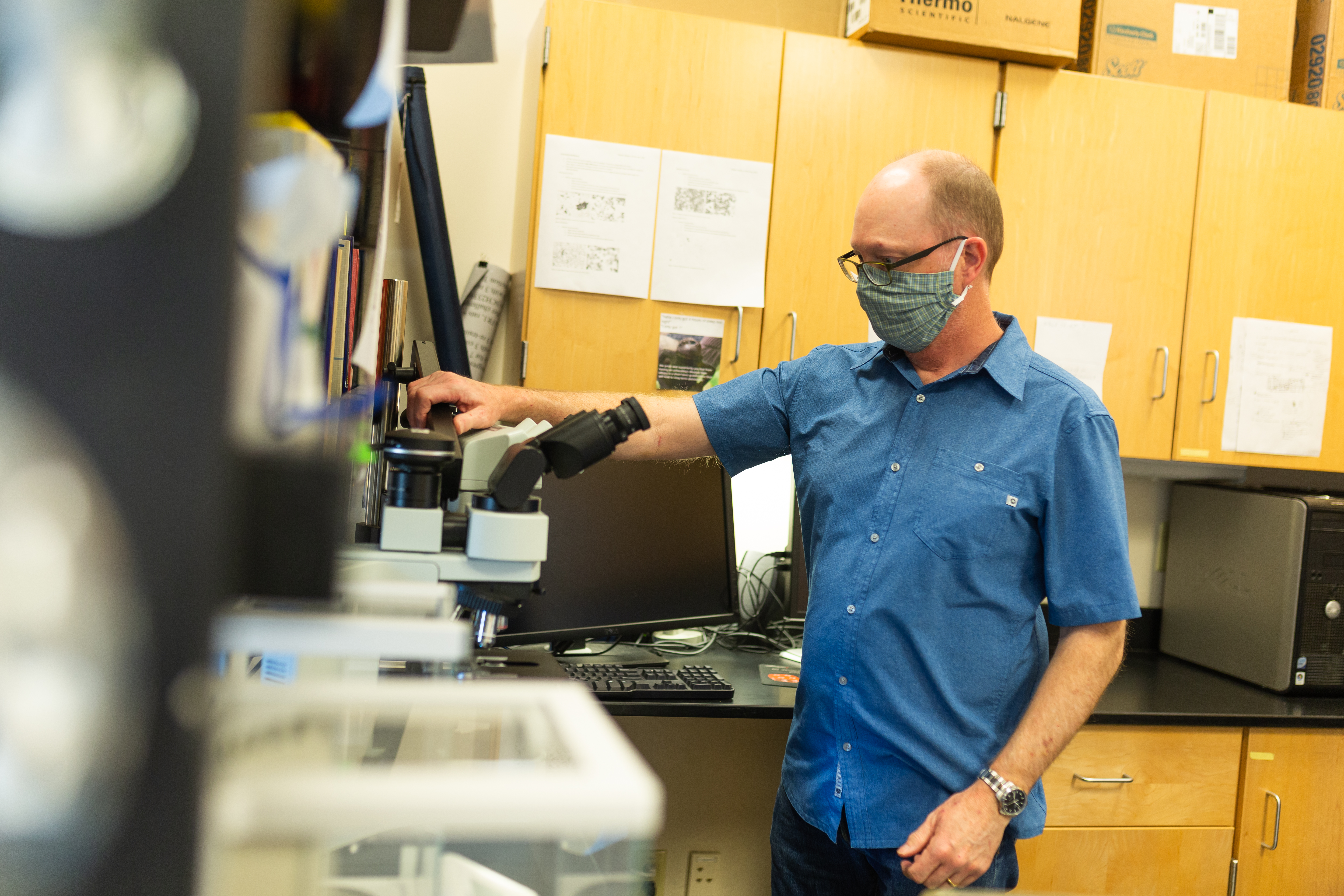