“The evolution of my own art is defined by my growing awareness of Coast Salish art traditions.” 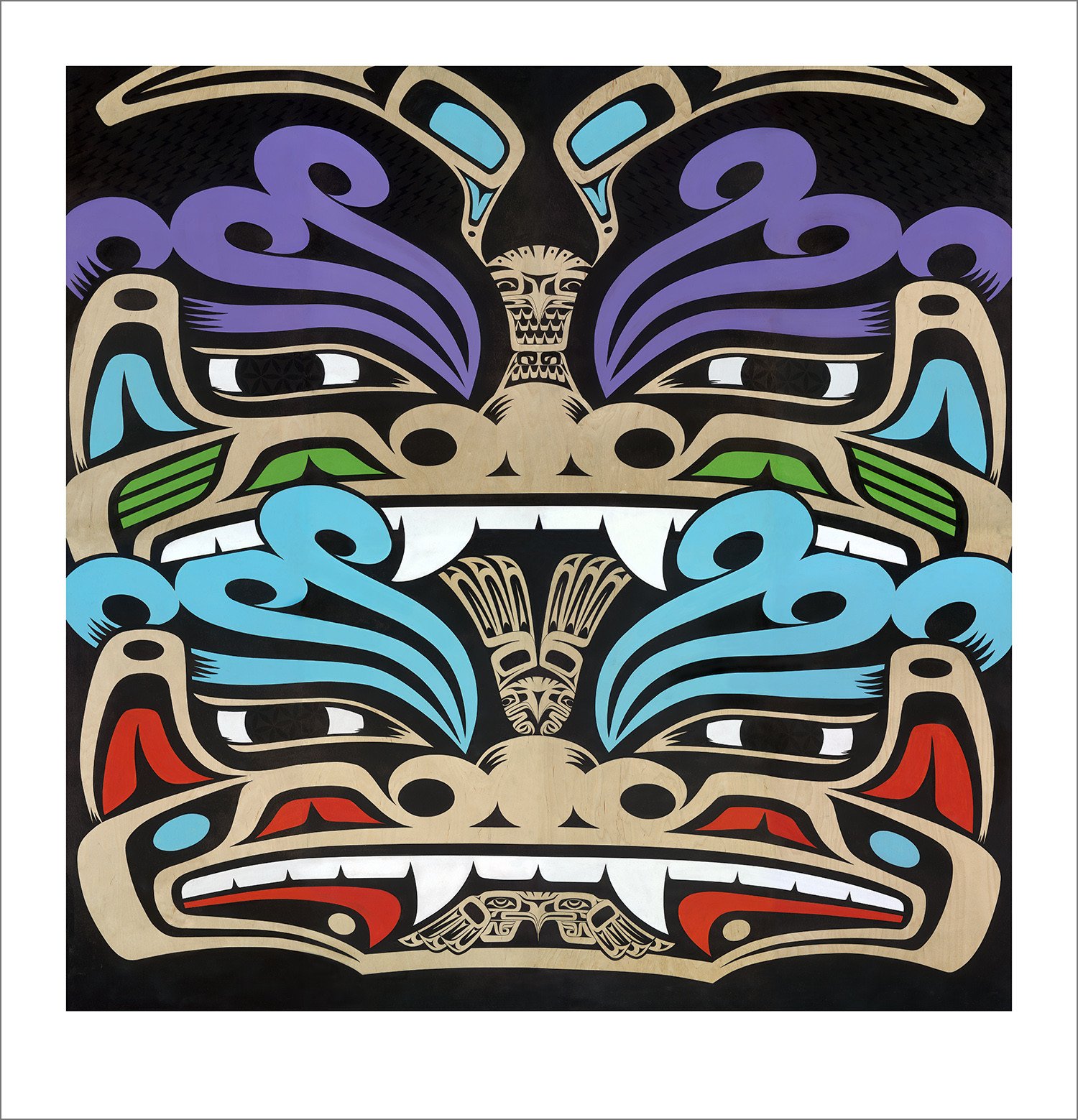 While Eighth Generation showcases the work of artists from tribes around the country, Gong especially hopes to draw attention to the art of the Coast Salish, the Native peoples whose traditional territory ranges from Oregon to British Columbia.

People who have grown up in this region likely associate Coast Salish art with totem poles, but they’d be wrong, Gong says. Those are examples of Northwest Coast art, indigenous to the people of Alaska.

Early in Seattle’s history, business owners took a liking to Northwest Coast style of art, transplanting it to the south. The style proliferated, gaining visibility during the 1962 World’s Fair in Seattle and, most notably, with the Seattle Seahawks’ logo.

The difference between styles was something even Gong didn’t understand until he began creating art in earnest. He didn’t make the distinction, in part, because the Northwest Coast style has been adopted by generations of Coast Salish people as well.

Once again, he had to pick apart the learned cultural norms that didn’t accurately portray his people, reeducating himself.

“The evolution of my own art is defined by my growing awareness of Coast Salish art traditions,” Gong says. “At first, I was emulating the Northwest Coast Art because I grew up surrounded by it.

“This influence can been seen in my ‘Wolf Chucks’ custom shoes (2010) or the ‘Guardians’ design (2013) Later, I purposefully developed a style of art that relies on Coast Salish design elements. The result is a unique style of very contemporary Coast Salish art that can be seen in the ’Internal Affairs’ painting from 2017.”

Now he is hopeful that by educating the larger public about Coast Salish art—and by giving the art a platform—Coast Salish art will reclaim its rightful significance in the region.

“There’s no reason Coast Salish artists can’t rise up to prominence,” Gong said. “(The art) should be represented in the area where it’s indigenous.”

Gong will be bringing more examples of Coast Salish art to the public in the future. He is working on an installation on the Seattle waterfront featuring six local weavers, as well as a project for Sound Transit. The transit project will feature 600 feet of his art in a light rail station in Bellevue, depicting both his Chinese and Coast Salish heritage. Expect both projects to debut in 2021. 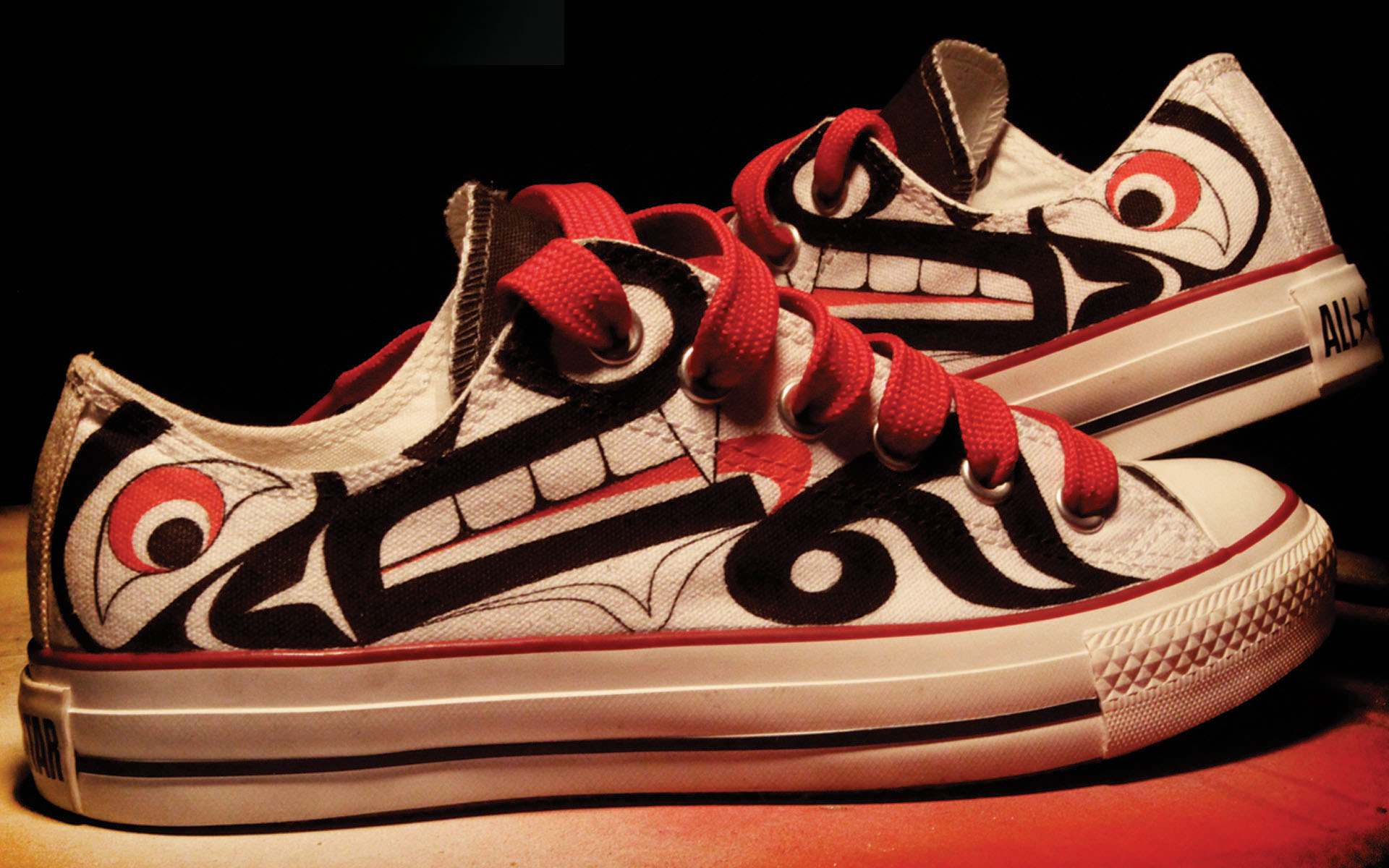 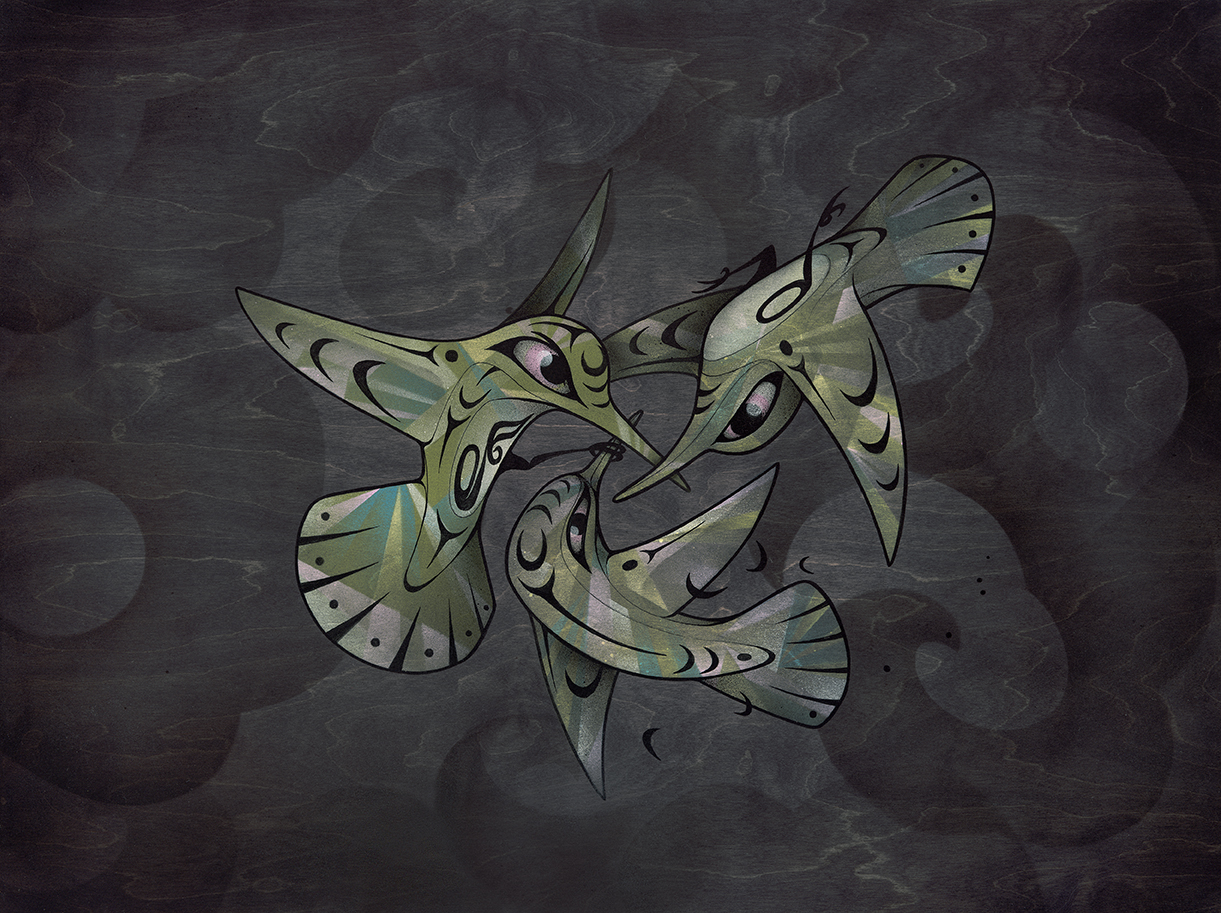