A Viking in the Japanese House of Representatives

Takagi’s Liberal Democratic Party has held a ruling majority for more than two years under the leadership of Prime Minister Shinzo Abe. As Takagi sees it, Abe’s government has had remarkable success in stimulating the Japanese economy after a long stagnant period, and he expects the economy to continue to improve.

Takagi said his most cherished goal is an overhaul of Japan’s constitution, approved in its present form in 1946.

In 1986, Hirohisa Takagi (MBA) was a student in a hurry. Western Washington University’s MBA program turned out to be just what he needed.

Takagi, 55, now serves in the House of Representatives in the National Diet, Japan’s bicameral parliament. Since his election in December 2012, he has represented the northernmost island of Hokkaido as a member of the ruling Liberal Democratic Party.

After his graduation from Keio University in Tokyo, Takagi spent a couple of years of further study in the United States. He spent a year studying real estate and finance at the University of Nebraska then realized he wanted an MBA, but didn’t want to spend aanother two years. WWU’s 14-month program was a perfect fit, enabling him to graduate in 1987.

“First of all, I loved the campus, full of environmental consciousness,” Takagi said in an email. “Faculty members were friendly and very helpful in pursuing my academic interest. In addition, I found that WWU offered excellent intellectual opportunities for MBA program participants through case study discussions, programming financial models, etc.”

At the College of Business and Economics, Takagi especially remembers Finance Professor Earl Benson and Accounting Professor Ron Singleton, who provided him with both professional training and the occasional round of golf.

And as an amateur jazz pianist, Takagi said he was thrilled to make the acquaintance of distinguished jazz bassist Chuck Israels, then a WWU faculty member.

Drake introduced Takagi to local artist Tom Wood (’80, Art, Fairhaven Interdisciplinary Concentration), and he wound up purchasing a large painting from him. But the painting was so large that Takagi could not get it back to Japan. He left it with a friend, and he’s not sure whatever happened to it.

But Takagi still has a powerful recollection of a conversation with bassist Israels, who had invited Takagi to his home overlooking Bellingham Bay.

“I said someday I want to live in a place like this, then he said that if you pay your dues, dreams always come true,” Takagi said. “That is a fabulous memory.”

John Stark is a freelance writer in Bellingham whose massive jazz collection also includes some work by Chuck Israels. 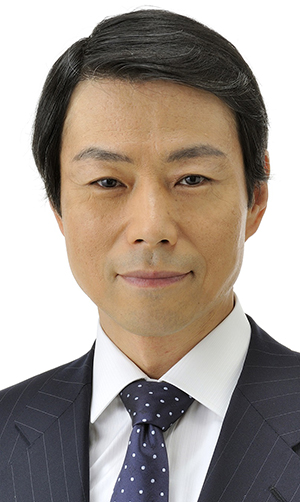